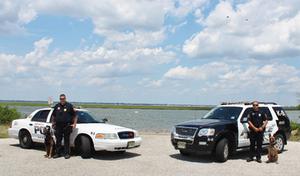 The Ventnor City Police Department’s K-9 Unit was re-established in 2015 and is a specialized unit consisting of two dedicated and professional Patrol K-9 Teams, each assigned to one of the four Patrol Platoons.

K-9 Axel and his handler Sgt. David Gaeckle graduated the Narcotics Scent Academy in January of 2015 and is slated to attend the K-9 Patrol Academy in September of 2016. K-9 Axel is a 3 ½ year old Belgian Malinois and his handler Sgt. Gaeckle is a 9 year veteran of the Police Department. K-9 Axel was donated to the Ventnor City Police Department through Cop Wheels Inc. and James J. Binns. 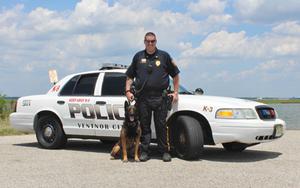 K-9 Joker and his handler Officer Marc A. Franco Jr. graduated the K-9 Patrol Academy in January of 2016 and also graduated from the K-9 Narcotics Scent Academy in April of 2016. K-9 Joker is a 2 year old Belgian Malinois and his handler Ofc. Franco is a 3 ½ year veteran of the Police Department. K-9 Joker was donated to the Ventnor City Police Department by Joe Nicks who is the Supervising Head Trainer of the John “Sonny” Burke K-9 Academy. 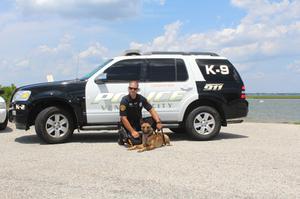 An example of some of the uses for our K-9 Patrol Teams:

There were a total of 52 K9 teams competing from across the United States.

We are proud to announce that the Ventnor City Police K9 Unit took first place nationally in the Teams Narcotics Competition.

The VCPD K9 Unit was proud to represent the City of Ventnor and looks forward to continued service to our community.

The K9 Unit also greatly appreciates all the support received leading up to the USPCA National trials!