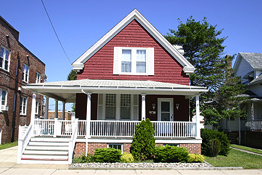 In the latter part of the 19th Century, an American couple visiting England became so impressed with the beauty of the locality that in 1889, when the Camden and Atlantic Land Company decided to name the section of the land south of Atlantic City, they remembered Ventnor, England.

Mrs. S. Bartram Richards, suggested that the name, Ventnor, would be an ideal fit for this exciting new area. This name was suggested on January 8,1889 by Mrs. Richards, who was the wife of the secretary-treasurer of the land company. This name was formally adopted the following day. Although the City received its name in January of 1889, it was not officially recognized until it received its incorporation by the State of New Jersey on March 17, 1903. 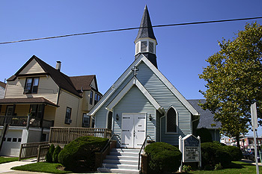 Chapter 51 of the laws and Sessions of the State of New Jersey provided the noble beginning to Ventnor City stating, “Be it enacted by the Senate and General Assembly of New Jersey that all part or portion of the County of Atlantic, formerly a part of Egg Harbor Township, situate on Absecon Beach, lying between the Westwardly limit of Atlantic City and the Eastwardly limit of South Atlantic City, the Atlantic Ocean on the south as far as the jurisdiction of the State extends, and to the center of Beach Thoroughfare on the North, be, and is hereby constituted as a City of this State, and all of the inhabitants of the State residing within the limits aforesaid be and they are hereby ordained, constituted and declared to be from time to time forever hereafter one body politic and corporate, in fact and in name, by the name, Ventnor City."